The most underrated productivity hack, and how to master it.

As entrepreneurs and humans in general, we have a fascinating and historically backward view with sleep and rest. I don’t know where the notion that we can simply bypass sleep to be more productive came from, but it’s the scientific equivalent of saying the earth is flat. Many of us even suffer from something referred to as Sleep Guilt, an anxiety disorder that makes it hard for us to allow for a full night’s rest due to the belief there is simply too much to do. But the real trick to increasing work productivity is working smarter, not harder.

For most of my 20s and early 30s, I was your typical A-type entrepreneur who felt like there weren’t enough hours in the day for sleep. I would be up until 2-3AM every night grinding away at whatever company I was starting up or project I was working on. I thought I could survive on 4-6 hours of sleep and still be highly productive. I even dabbled with polyphasic sleep (spoiler: we’re not built for it) and tried everything I could to avoid sleeping a full night. When Dave Asprey came on the scene with his Bullet Proof brand, he touted 6 hours of sleep as his max and said he’d hacked his health and body to be able to thrive on that, no problem. Like thousands of other hustlers out there, I ate it up, bought his books and evangelized his message. It took me about a year to realize he was also dosing pretty heavy pharmaceuticals for off-label use to up his productivity and ability to focus for long periods of time.

At that point, I left the world of marketing-driven pseudo-science and started a multi-year research project to find out the true path to ultimate productivity, creativity and wellness as defined by evidence-based research. One that was actually sustainable and didn’t involve pharmaceuticals, “biohacks” that went against the basics of nature or practices that would jeopardize my long-term health and wellbeing.

What I’ve discovered is that the entire way we think about sleep is backward. Here’s why:

200,000 years of evolution tells us that sleep is actually pretty darn important

If sleep wasn’t absolutely critical to functioning, natural evolution would have eradicated it. It’s incredibly dangerous in terms of our ability to stay alive. When we were cave-people, we could easily be attacked while we slept, or freeze to death or all sorts of other risks. Evolution is a master of optimization, and through 200,000 years of evolution, sleep remained on the list of must-haves. To say we can do without sleep, or even with less than 7-9 hours per night, flies in the face of both modern science and millenniums of natural evolution.

There is no catching up on sleep

Our bodies and caloric systems are designed to fast for periods of time because it was natural to have some feast and famine back when we were roaming hunters and gatherers. Unlike our caloric energy system, our sleep system has no such “bank” from which we can simply fill up when we’ve depleted it with a few nights of short or no sleep. The reason we don’t is that we’re the only species on the planet that willingly deprives ourselves of enough sleep. In the millions of years of mammal evolution, never once was it a problem that needed to be solved until a human thought they should work late instead of restoring their body. When we deprive ourselves of sleep, we are putting ourselves at risk of serious long-term health and cognitive performance issues and definitely lowering our ability to be productive and creative for days or weeks past the actual nights of reduced sleep.

Our brains are highly active when we sleep

It may seem like sleep is unproductive, but our brains are actually highly active when we sleep. In fact, during REM sleep, one of the 5 cycles of sleep, our brain is actually more active than when we’re awake. In fact, every minute we’re awake we’re causing low-level brain damage, and it’s when we sleep that the brain repairs itself. Sleep is a critical time for our subconscious brain to process our experiences, strengthen and develop our memory, correlate information we’ve learned to find creative solutions to problems, and work through emotional experiences we’ve had. The expression “sleep on it” is grounded in science. When we sleep on a problem, we’re far more likely to solve it the next day, than if we stay up late grinding away at it. Studies have shown that practical memory and new motor skills can be improved dramatically by one night of sleep.

A regular lack of sleep is a top indicator of cancer and dementia and dramatically increases your risk of heart disease, diabetes, high blood pressure, weight gain and accidents.  When we sleep, similar to what happens in our brains, our bodies are hard at work repairing and strengthening. Biologists at UCLA and University of Toronto found that 711 genes related to the body’s natural rhythm (circadian rhythm), metabolism, inflammatory, immune and stress responses were affected when the subjects were subjected to just one week of 6-hour night’s sleep.

After being awake for 20 hours, our brains become impaired at the level of someone who is legally drunk. After just a few nights of 6 hours or less sleep, our problem-solving capabilities drop, our reasoning and decision making ability drops, our creativity drops, our concentration drops, our impulse control drops, and our memory access drops, just to name a few of the cognitive effects. Does the last sentence describe an effective leader to you? Or a high-performing member of a team?

When we sacrifice sleep for work, we fall into a vicious cycle, where our productivity, intelligence and creativity go way down and we end up working at a much lower capacity than we’re capable of. This leads us to work longer, sleep less, and  lowers our capacity even further. We need to forget this fallacy that long nights and over-work is the path to success. There can be short-term gains on your competition, but in the end, you’ll end up like so many of the “successful” people we idolize, who end up dying decades before they should have or suffering serious consequences in their relationships and quality of life while they’re alive.

Ok, so what can I do to get a better night’s sleep??

Hopefully by now I’ve painted a bleak enough picture of your life without sleep that you’re ready to think about making some changes. The following are some simple things you need to know to get the right quantity and improve the quality of your sleep, and ultimately increase your productivity and creativity.

These practices can be challenging to put in place and, like any new habit, will take time to become consistent. In our culture, we glorify the “sleep when we’re dead” mentality and have created this myth that it’s the path to ultimate success. That said, I can’t think of a more important aspect of our performance and wellbeing to focus on than sleep. It is table stakes for anyone who wants to perform at the top of their game with any level of longevity, while living a healthy, happy life. 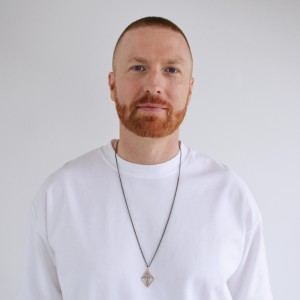 Steve Rio is a visionary entrepreneur, futurist, philosopher, investor, coach, and musician focused on human potential and consciousness. He is the Founder of Nature of Work, and co-founder of Enfold, and former CEO and Founder of Briteweb.

Learn to focus on what's most important. 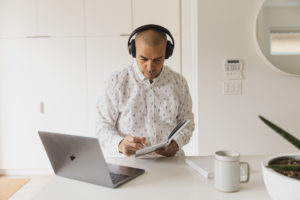 What is a Personal Operating System? 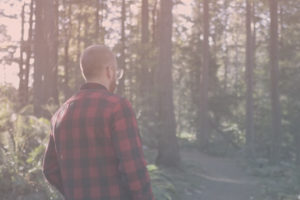